“I think what’s cool about this movie is that it encourages seeing life through someone else’s eyes and having empathy and compassion for someone who may have an entirely different view of things,” Zendaya starring as Meechee in SMALLFOOT.

SMALLFOOT turns a myth upside down when a bright young yeti finds something he thought didn’t exist — a human. News of this “smallfoot” throws the simple yeti community into an uproar over what else might be out there in the big world beyond their snowy village, in an all new story about friendship, courage and the joy of discovery.

SMALLFOOT stars Channing Tatum as the yeti, Migo, and James Corden as the smallfoot, Percy. Also starring are Zendaya the yeti, Meechee who is the leader of the Smallfoot Evidentiary Society (S.E.S.), and Common as Meechee’s father and the Stonekeeper. The rest of the S.E.S members are LeBron James as Gwangi, Ely Henry as Fleem, and our girl Gina Rodriguez as Kolka. The cast also includes Danny DeVito as Migo’s father Dorgle; Jimmy Tatro as Meechee’s brother and the Stonekeeper’s son, Thorp; and Yara Shahidi as Percy’s show runner, Brenda.

While this is an all-star cast, let’s talk about the women of color, Queridos. Of the three mentioned above, one of them has a leading role.

Director Karey Kirkpatrick says, “Zendaya made Meechee playful, fun and accessible but also brought home those moments that reveal Meechee’s strong convictions. We wanted a strong female lead, and Meechee is the most principled character in the story from the beginning. She loves her father and doesn’t want to confront him until she has the proof she’s been seeking.”

The other two may have smaller roles but they are smart and even heroic.

“Gina is so versatile and engaging,” says Kirkpatrick. She balanced Kolka’s quirky, kooky qualities with a strong sense of purpose that should really connect with audiences.”

Kolka is devoted to Meechee and the cause.

Gina Rodriguez hints, “They end up being quite heroic, the S.E.S. We all know these characters: they were the dorky kids in school that later end up being the cool people in life. Kolka is the ultimate believer in what’s not in front of us, like crystals and listening to the wind and her own intuition. What’s fun about the S.E.S. is that they remind us to be curious and have faith, and to think beyond what’s in front of you, which is harder as we get older and lose some of the joy of imagination.”

Of Yara Shahidi, Kirkpatrick says, “I’ve been watching her career with pride and admiring the things she’s been doing in her life,” he says, “and in thinking who Brenda is — a woman who stands for integrity — she was a perfect choice. Honestly, I just wanted to work with her again. She’s super-talented.”

Who is taking the family to see this movie about friendship and exploration? I have hopes that it will charm our hearts and with humor remind us about the importance of taking the time to learn about others who are different from us.

I’m giving away TWO family-four packs of run of show passes* (San Antonio Locations Only)! All you have to do is leave a comment below and answer this: DO YOU BELIEVE IN YETIS?! 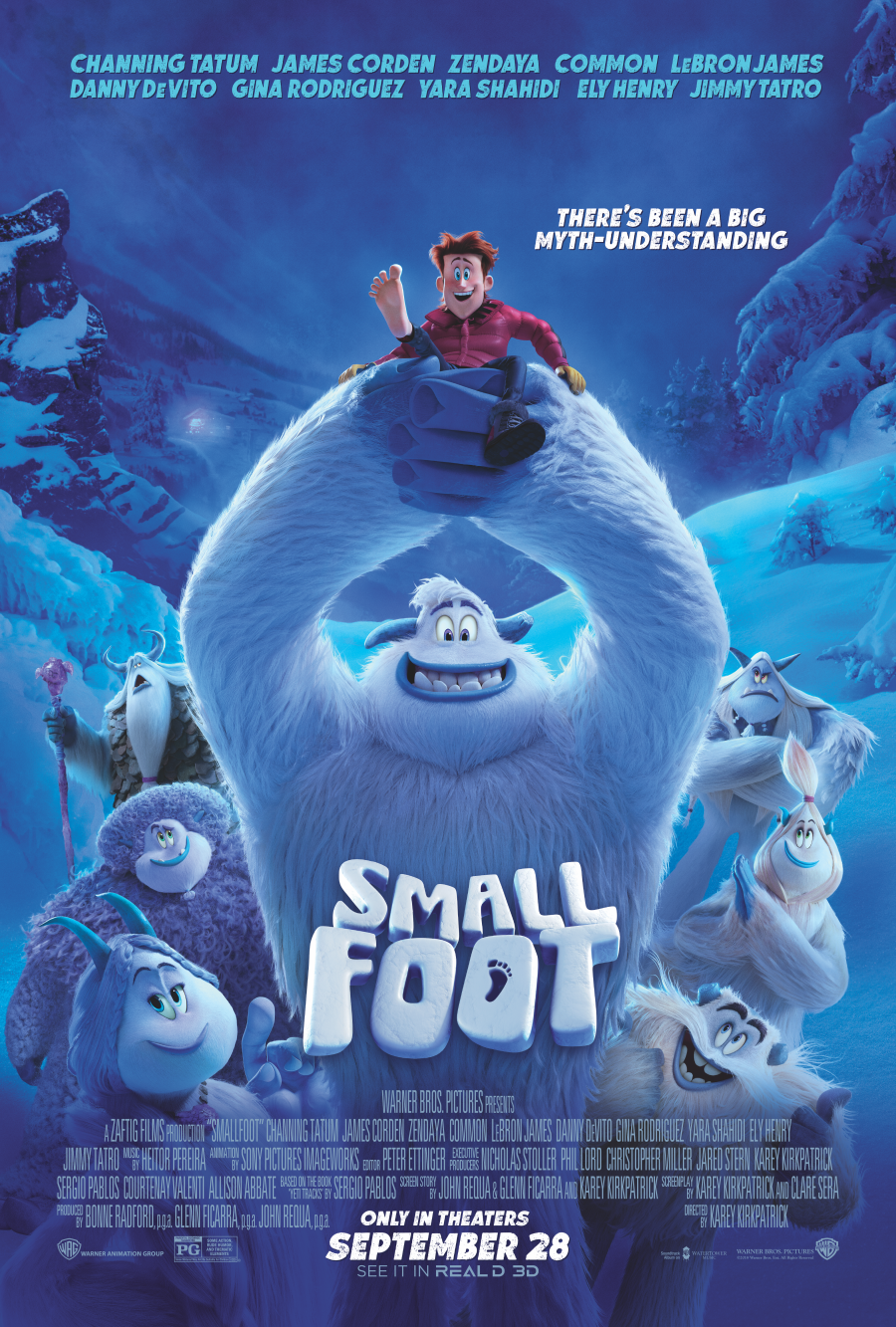 *Run of Show Passes are valid on specified days of the week and specified San Antonio theaters while the movie is in theaters.