Today Eva Longoria released a sneak peek of her new comedy TELENOVELA on social media. Did you see it?! Check it out:

Oh geez, a telenovela star who doesn’t speak Spanish?! Ha! Let the jokes begin. I can relate. Not to the telenovela star part. The ‘I don’t know what she’s saying’ part. Pero, y’all already knew that.  She also shared this on Twitter:

Here’s a sneak peek of my new show #Telenovela! Tune in Dec 7 for an hour preview after The Voice! @NBCTelenovela https://t.co/Oou8o6Z98l — Eva Longoria (@EvaLongoria) November 11, 2015

Okay, I give! I can’t wait to see it. Should we live tweet, queridos?! I’m thinking YES! I’ll see you on Twitter on Dec. 7th!

If you think the steamy sex, sensational scandals and wrenching heartbreak on Latino soap operas are a little extreme, just wait until you see what happens behind the scenes. Eva Longoria (“Desperate Housewives”) stars in this new comedy about Ana Sofia, a sizzling TV superstar, and her lively family of cast and crew, all competing to steal the spotlight. When the cameras turn off, the drama turns up, as Ana battles pesky network execs, drunken script writers, narcissistic co-stars and an unfortunately familiar new onscreen love interest. 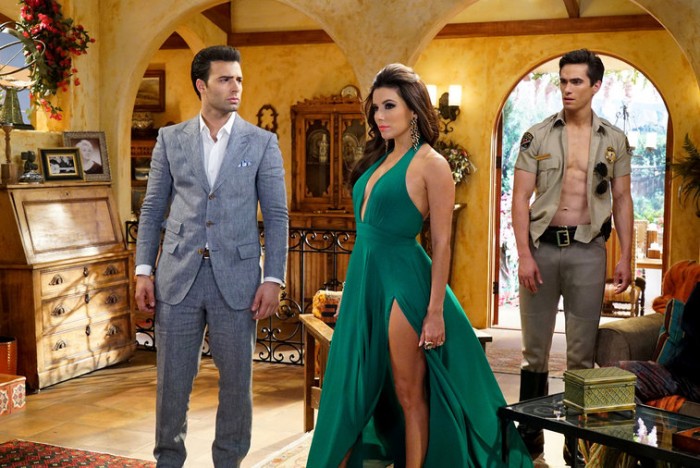