This is a guest blog post by my friend Inga Cotton from SA Charter Moms.

WONDER —it felt like the universe was telling me to see this movie, and I hope you get the message to see it, too. Based on the bestselling novel by R.J. Palacio, the movie tells the story of a ten-year-old boy, August Pullman, who was born with severe facial differences and is now navigating his first school experience.

I am the parent of a child with special needs. Unlike Auggie, my son, F.T., has an invisible difference, autism spectrum disorder. Nevertheless, there were many moments in the film that echoed my family’s real-life experiences. Wonder is not only about disabilities or differences, though. Everyone can identify with Auggie’s struggles to make friends and his family’s efforts to make space around him.

Auggie lives with his mom and dad, his older sister, Via, and their dog, Daisy, in an artsy neighborhood in New York. His mom homeschooled him while he experienced dozens of surgeries. His parents decide to enroll him in 5th grade, the beginning of middle school, when many other students will be new to the private school, too. 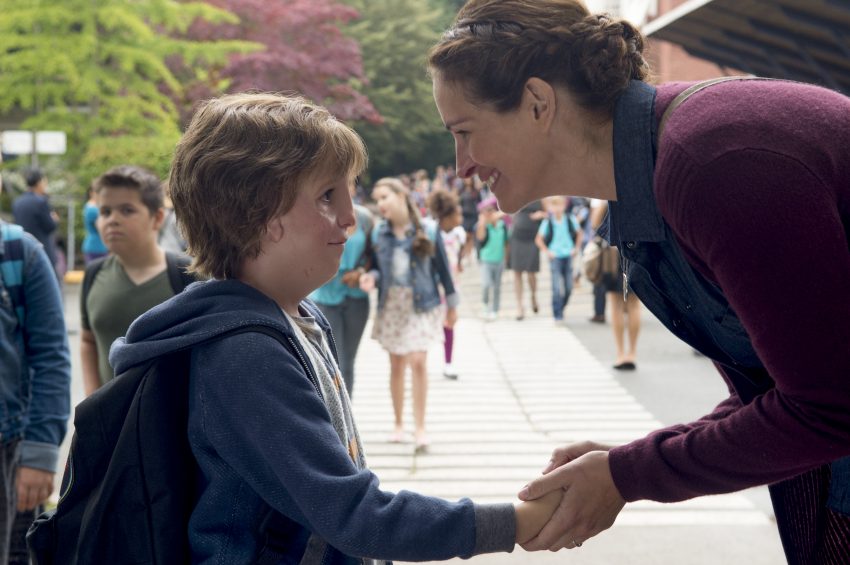 Jacob Tremblay as “Auggie” and Julia Roberts as “Isabel” in WONDER. Courtesy of Lionsgate

A year-long journey begins with Auggie walking to school in an astronaut helmet. At times, his powers of imagination conjure an astronaut suit in which he skips down the hallway, or a Wookiee classmate (think Chewbacca from Star Wars) to distract some of the staring eyes.

When it’s time to take off the helmet, Auggie must navigate the tricky world of friendships. When the well-intentioned school principal plays matchmaker, will those connections blossom into real friendships?

As you can imagine, Halloween is Auggie’s favorite holiday: he can spend the whole day wearing a costume, holding his head up high, and no one gives his face a stunned or pitying look or acts like his touch is contagious. But hiding one’s identity can also create hurt and confusion.

Older sister Via is talented, independent, and reliable, but struggles when her brother’s needs repeatedly overshadow her own. I worry about this for F.T.’s sister, too.

I don’t want to give away too much of the movie’s plot, but I can reflect on real-life situations that echo the movie’s. I remember a painful-but-funny situation in kindergarten when a mom invited everyone in the class except F.T. to her daughter’s birthday party. The birthday girl was crushed when she learned about the snub, and the mom apologetically delivered a last-minute invitation. F.T. was a gentleman at the party—although he did clean out the candy bowl.

Auggie’s teacher Mr. Browne shares precepts—rules to live by—that encourage his students to “choose kind.” Likewise, the message from Wonder is that we can expect a lot from our family members and friends who have differences. They can bring out the best in us by challenging us to be better. I hope you and your family will take the opportunity to see Wonder and “choose kind” in your own lives. 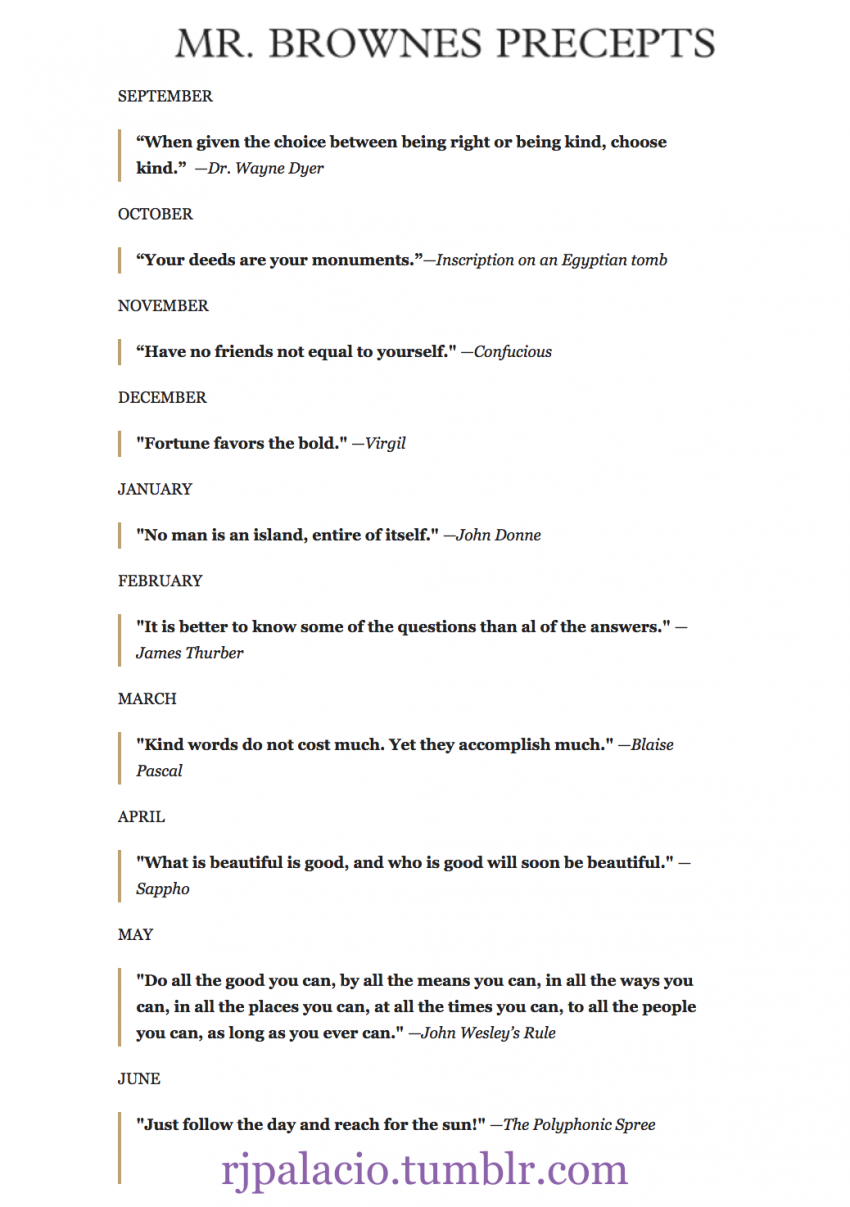