In a broken city rife with injustice, ex-cop Billy Taggart (Mark Wahlberg) seeks redemption – and revenge – after being double-crossed and then framed by its most powerful figure, the mayor (Russell Crowe). Billy’s relentless pursuit of justice, matched only by his streetwise toughness, makes him an unstoppable force – and the mayor’s worst nightmare. (20th Century Fox)

The movie starts out well. Taggart is holding the smoking gun for a fatality in the streets of New York City, however, isn’t charged with murder. You know this is going to come back to bite Billy Taggart later in the movie. The story line goes between Billy and the mayor. Billy is the ex-cop turned private investigator who mostly gets paid little to get photos of adulterers. The mayor is up for re-election and carefully (almost) calculates his plans to get what he wants even while being under scrutiny for bad real estate  deals. The mayor hires Billy to investigate his wife (Catherine Zeta-Jones) but is it really infidelity that she’s up to? 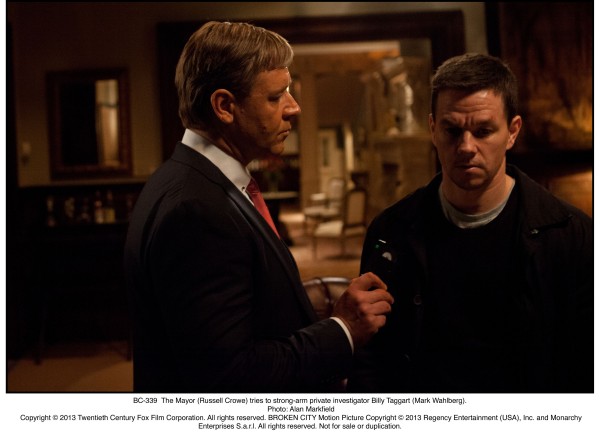 Billy has a beautiful Latina girlfriend (Natalie Martinez) who I had hoped would play more in to the plot and give more substance to his character. Instead, she ends up a cliche wannabe actress who is stuck with the ‘good’ guy more out of obligation than love. This hot romance fizzles out too quickly.

Unfortunately, I felt the movie’s what-could-have-been-great twisted plots fell just a bit too short. Still, I’d watch it again on DVD to watch the political action (and Wahlberg). Sometimes, I found myself wanting the mayor to win because Russell Crowe did a decent job in playing a charming politician with a history you don’t want to really find out about.

Mark Wahlberg. As a friend put it, ‘he could sit in a chair and read the script and I would like the movie.’ Okay, well, not exactly but you get the point. I’m a political junkie so the debate scenes and dirty political games were a highlight for me.

The predictability. Nothing really jumped out at me for that ‘OMG’ moment. I was hoping for a little more Catherine Zeta-Jones and a lot more action scenes.

I like a movie where there is a clear good guy vs. bad guy while you go through twists and turns to figure it out. This movie was almost there. 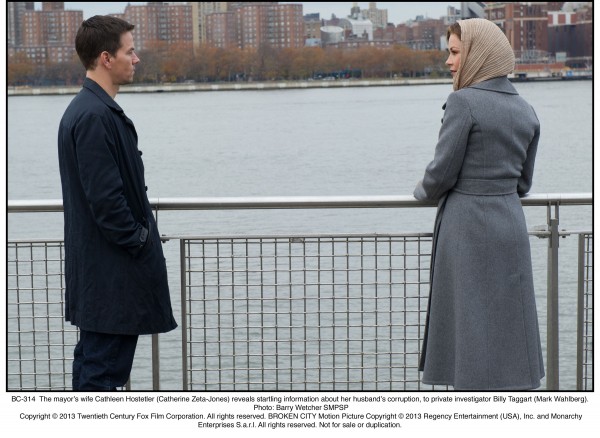